Localization is an important component of autonomous vehicles, as it enables the accomplishment of tasks, such as path planning and navigation. Although vehicle position can be obtained by GNSS devices, they are susceptible to errors and satellite signal unavailability in urban scenarios. Several map-aided localization solution methods have been proposed in the literature, but mostly for indoor environments. Maps used for localization store relevant environmental features that are extracted by a detection method. However, many feature detection methods do not consider the presence of dynamic obstacles or occlusions in the environment, which can impair the localization performance.

In order to detect curbs even in occluding scenes, we developed a method based on ring compression analysis and least trimmed squares. For road marking detection, we developed a modified version of the Otsu thresholdingmethod to segment road painting from road surfaces. Finally, the feature detection methods were integrated with a Monte Carlo localization method to estimate the vehicle position. Experimental tests in urban streets have been used to validate the proposed approach with favorable results. 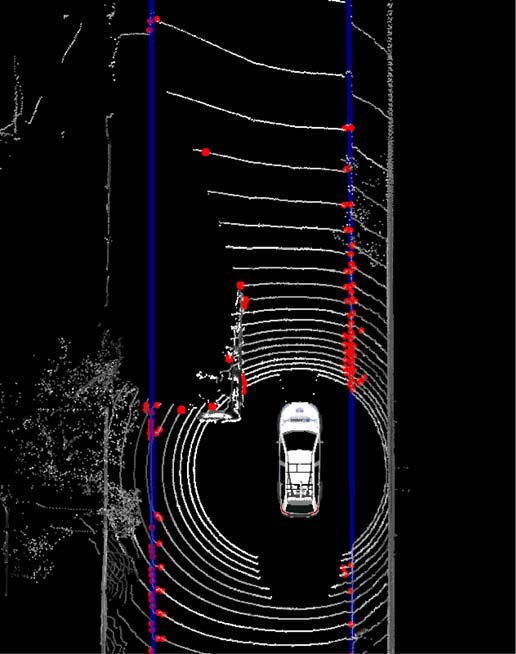 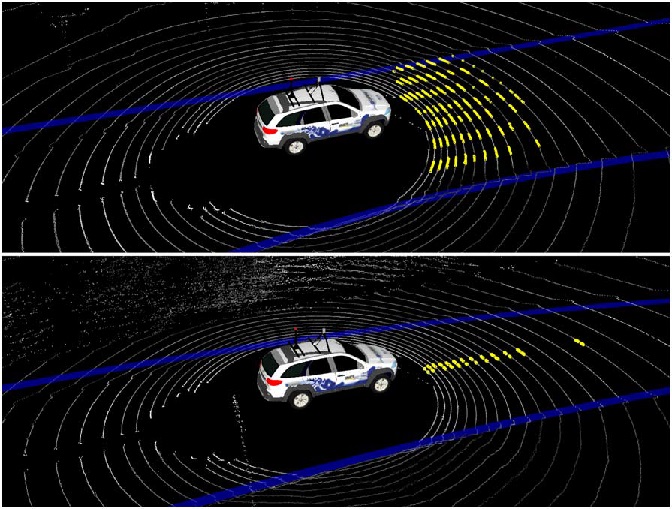 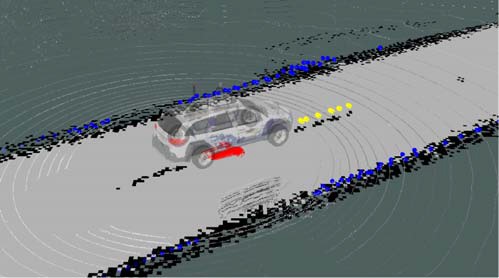 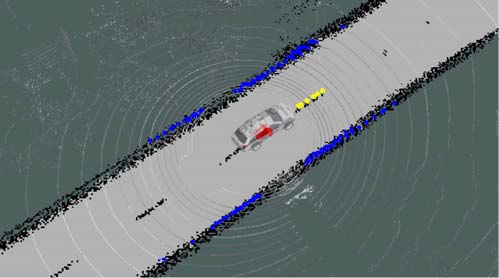 Data logs are available in the Repository. 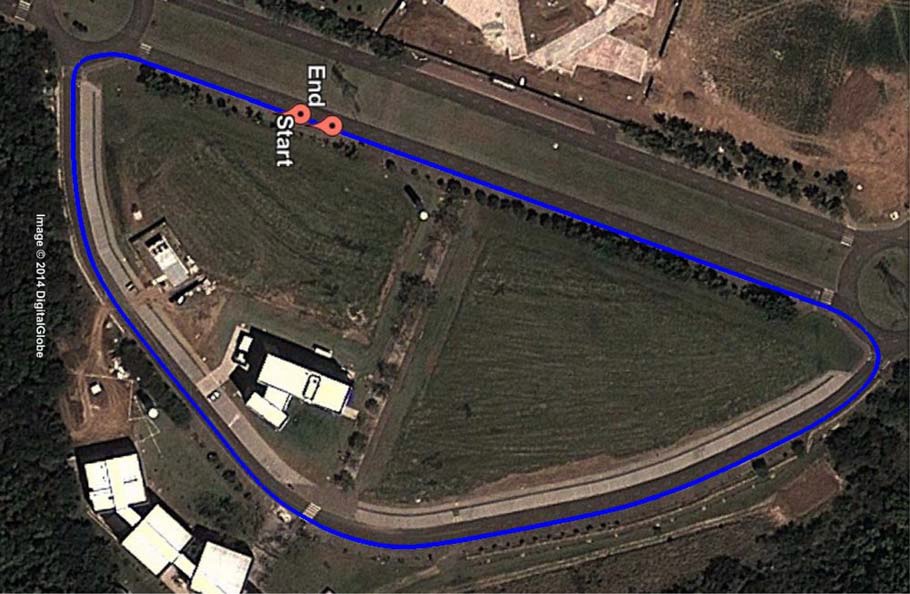 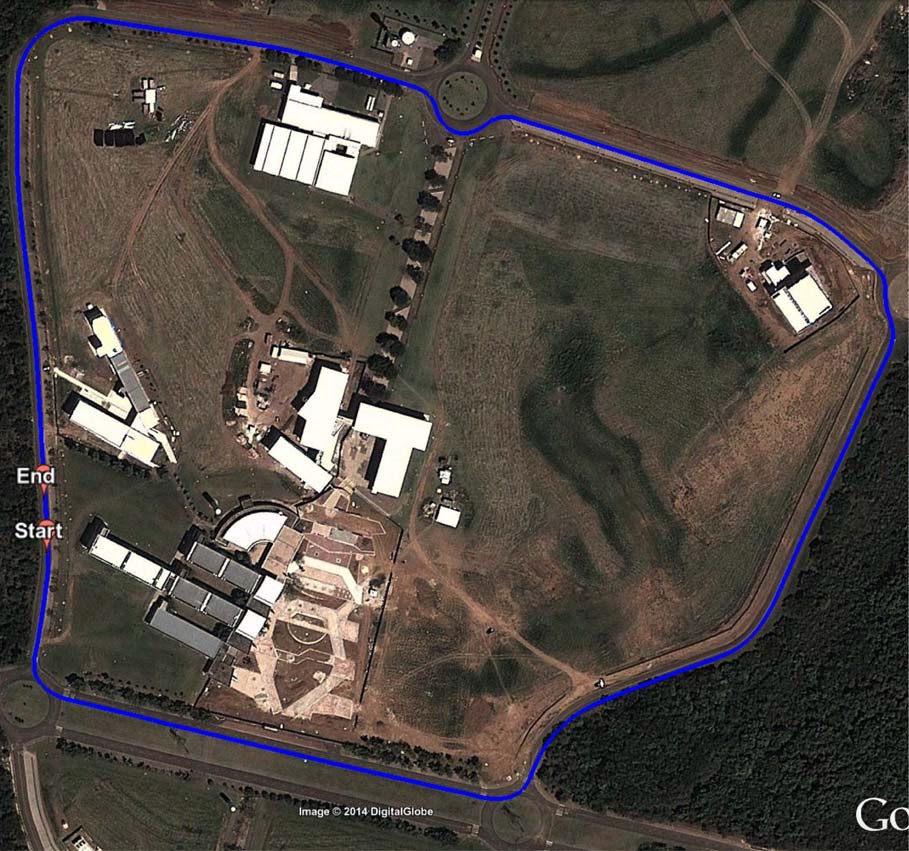 Link for the paper: Here